Verse: “Be careful with the government, for they befriend a person only for their own needs. They appear to be friends when it is beneficial to them, but they do not stand by a person at the time of his distress” (Avot 2:3)

Well most People interpreted this text as something about the government. I interpreted this text as something just about trust in general and especially about friends. The text mentions using someone only for your gain. then befriending them only if you want something and then not being friends with them when you get what you want. The song I chose for all my friends is fake by Tate McRae. This song has a Theme of being used by your friends. Which correlates perfectly to my verse. The exact part of the song that I chose is  “All my friends are fake ‘Cause all my friends are fake, fake, fake, fake

by Aretha Franklin. Is all about respect as you can tell by the title of the song.  The part of the song I chose is “R-E-S-P-E-C-T Find out what it means to me R-E-S-P-E-C-T Take care,” this song connects to the verse in the fact. They both focus on respect and how you need to give respect to gain respect.

This inavacin day I and my partner made a filter. Before I started the the project i felt excitement and a chance to learn and grow as a partner and as a student. I think if I did this project again I would work at home and not exclusively at school i think this would have improved my mark. Overall, I believe this invasion day went quite well. My video is below .

In class today, I did a personal learning style test. my score was 25% visual 25%, auditory and 50 % tactile. This is an aquate result as I love to do things with my hands like building or taking apart.  if a adopt chewing gum well studying I think I would greatly improve my focus. taking study breaks is a nether suggestion I think I will adopt. just taking a small break should help.

this week for Paragraph of The Week we had to talk about the winter. I love the winter but not for the reason you might think. The winter is awesome because I don’t have to go outside. I can just sit around playing Minecraft I mean what else can you wish for and with the winter break I mean come on. yup winter is the best.

I am thankful for my dog. thank you dog for that one time you help me waste two hours thank you I really appreciate you. also you make me less sad which not many things can do. thank you. R.B.G

I don’t, I end up wallowing in self-pity as I cry myself to sleep every night. for most of the paragraph of the week I just make something up. because I don’t hold an opinion on most topics. so I just make something up and that was all a lie injust didn’t want to wight about my mental state.  yes, this inter post is merely a way to complete an assignment you just wasted your time on reading this. thank you for coming to my ted talk about wasting time.

Iron man 1 impacted my life. it brought me to marvel. I think that if I didn’t watch that movie I don’t think I would be into marvel. the marvel movies did change my life. the captain America movies inspired me. the thor movies made me laugh, all thanks to iron man 1.

You ask your friend to go to  Tim  Hortons they say yeah sure. You set up the details you will meet in front of the Tim Hortons on Sunday at 2:15. You are super exuded so you get ready and go 15 minutes early you wait and wait soon your friend is 30 minutes late. so you text them they don’t answer. you wait for 30 more minutes they don’t show so you go home. this is a none reliable friend. A reliable friend would show up 10 minutes early and ask if the plan is still on in the morning.

in math class, we had to make a slide about ourselves but it was all in numbers so here is that slide 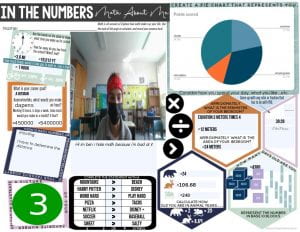